Hydrogen sulfide is a gas, which can give off a "rotten egg" smell when present in water.

Water that is giving off a distinctive smell is most likely contaminated with hydrogen sulfide. Hydrogen sulfide does not usually pose immediate health problems at the levels it is found in domestic drinking supplies. However, it is certainly an inconvenience — especially to one’s nose, as it creates a “rotten egg” smell. 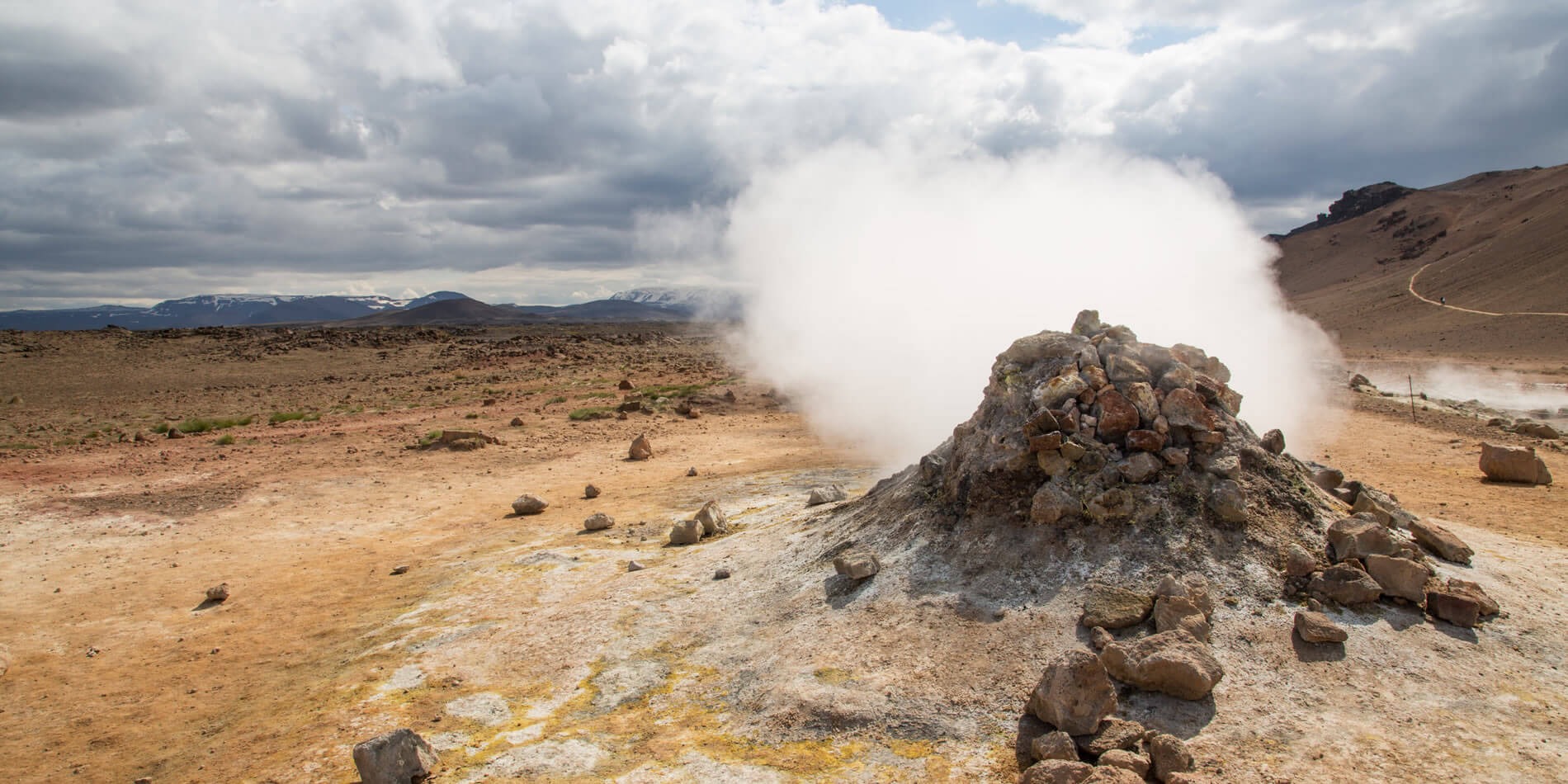 What is Hydrogen Sulfide?

Hydrogen sulfide is a colorless gas that can exist naturally in groundwater. Sulfur-reducing bacteria produce sulfide in an anaerobic reaction in several ways, including fermentation (part of the “rotting” smell), and as a form of respiration, much as other bacteria and organisms use oxygen. The more common process present in groundwater is sulfate reduction, a form of respiration performed by various sulfate-reducing bacteria (SRB) that chemically reduces sulfates to sulfide. As hydrogen sulfide, the sulfide is soluble in water, but easily escapes as a noxious gas. SRB can occur in deep or shallow wells, and reside in plumbing systems.

Hydrogen sulfide crops up in other ways too. The magnesium rod used in water heaters for corrosion control can chemically reduce sulfates to hydrogen sulfide, while also attracting anode-loving SRBS, and sewage pollution can be a source (this is often the fermenting process). Hydrogen sulfide also can enter surface water through springs, although more likely being consumed in sulfide-oxidizing biofouling, or combined with iron to make black iron sulfides.

Hydrogen sulfide, if present, will vary by well due to the varying geology and environmental conditions. It is most common in shales and sandstones. Attempts have been made to correlate the occurrence of hydrogen sulfide to various groundwater chemistry conditions, but it is most commonly associated with available hydrocarbons and associated low-redox (i.e., anaerobic) conditions, although presence of sulfide and anaerobic are self-reinforcing, as sulfide depletes oxygen. Groundwater may have low, neutral or high pH, hardness and alkalinity, and levels of iron. It also may be associated with peat formations, and biologically enriched unconsolidated aquifers, where high manganese may be present.

Hydrogen sulfide itself is intensely corrosive to iron and steel (including galvanized) and copper, and accelerates even stainless steel corrosion. It also corrodes cement. Additionally, it combines with iron to make clogging Fe sulfides. Thus, sulfide-enriched water may cause shorter service life for well casings, pipes and pumps, as well as metal in atmospheres where hydrogen sulfide is present, such as ducting and electrical equipment. Hydrogen sulfide depletes oxygen, and can therefore produce a lethal atmosphere in enclosed spaces. Suffocation by hydrogen sulfide is a leading cause of injury and death in the groundwater industry. 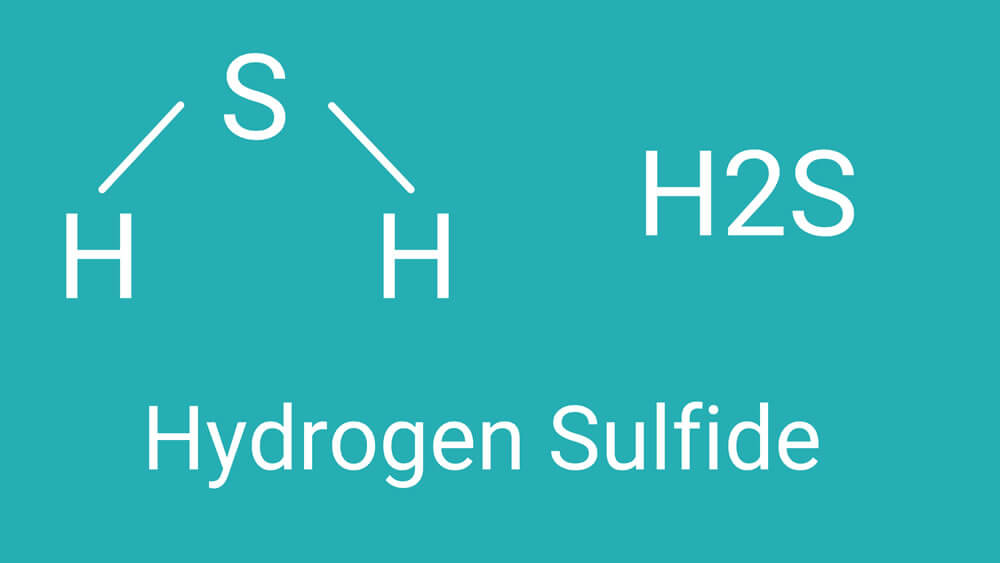 Detecting and Testing for Hydrogen Sulfide

Testing for hydrogen sulfide is quite straightforward. First, if you smell rotten egg in water or near it, you can assume hydrogen sulfide is present. At that point, be sure that there is proper ventilation. Because it oxidizes quickly during transport, onsite analysis of sulfide is often preferable to shipping a sample to the lab for analysis. Several reliable colorimetric methods are available for this purpose. To test for hydrogen sulfide for official purposes, contact a certified drinking water laboratory. Visit http://water.epa.gov/scitech/drinkingwater/labcert/statecertification.cfm for state-specific information on certified drinking water testing labs. The certification officer in your state can provide a list of certified labs in your area.

Hydrogen sulfide escapes (volatizes) from water easily, so samples should be tested on-site as mentioned or if shipping, immediately stabilized for laboratory analysis. Laboratory instructions should be followed very carefully.

If you do have a hydrogen sulfide level in your water that is higher than you would like, there are water treatment technologies available to address the problem.

How do I get rid of hydrogen sulfide in water? What water treatment solutions are available to private well owners?

There are various methods. They should be chosen based on the level of hydrogen sulfide, the amount of water being treated, the levels of iron and manganese, and the water pH, among other factors. Methods to reduce or remove hydrogen sulfide include activated carbon filtration, shock chlorination, ion exchange, manganese greensand filtration, oxidation, oxidizing filtration, ozone treatment, and water heater modification.

Water treatment for hydrogen sulfide tends to be customized, specific to the purpose and relatively high maintenance, and should be specified and maintained carefully.

How does hydrogen sulfide enter a private water system?

The hydrogen sulfide enters from the well. Bacteria in groundwater are responsible for most of the sulfide detected while sampling water wells. The bacteria (SRB) may be in the aquifer formation or living in deposits in the well or on casing and pipe. The SRB themselves are not a health concern, and other bacteria generating sulfides are not often associated with high enough concentrations to be a health issue. In rare cases, sulfide presence may be due to sewage pollution. This obviously is a health concern, and likely associated with other indicators such as positive coliform bacteria results. If you experience a hydrogen sulfide odor suddenly, consult with a water well system professional. 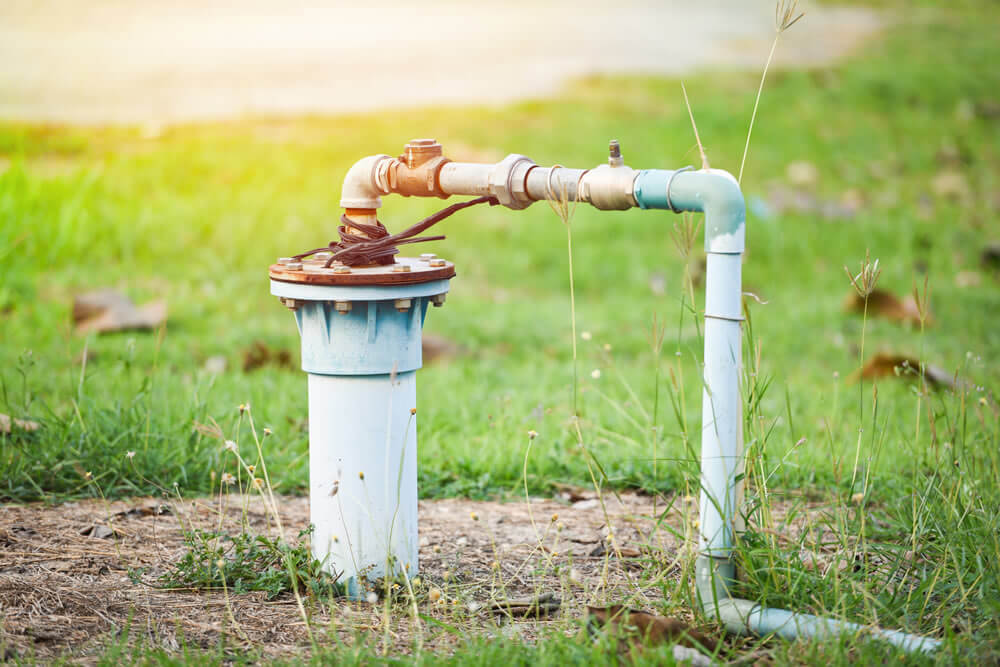 What is the measurement of hydrogen sulfide?

Sulfide concentration in water is generally expressed in milligrams/liter (mg/L) or parts per million (ppm). Hydrogen sulfide is quite pungent at low concentrations and 85% of people can detect ambient concentrations above 0.03 ppm, although it can quickly degrade the capacity of people to smell it. It can cause corrosion at low levels. There is no Maximum Contaminant Level established by the USEPA.

Do I need to be concerned about hydrogen sulfide poisoning or health effects?

Hydrogen sulfide gas is flammable and poisonous at high concentrations. Usually, it is not a health risk at concentrations present in household water. The buildup of hydrogen sulfide concentrations in confined areas has been known to cause adverse health effects, and is a leading cause of injury and suffocation among groundwater industry and wastewater sector personnel.

If hydrogen sulfide is detectable by smell, make sure there is adequate ventilation. If you stop smelling it, get to fresh air quickly. Hydrogen sulfide in air may also be associated with odorless carbon dioxide or methane, also suffocating gases.

What are the other effects of hydrogen sulfide?

Hydrogen sulfide is corrosive and can leach metals from plumbing systems into the water. Corrosion of metals by hydrogen sulfide and combination with iron in groundwater forms a black precipitate (iron sulfide) that can stain laundry and bathroom fixtures, darken silverware, and discolor copper and brass utensils. Corrosion can lead to premature failure of well casing and pipes. It also corrodes electrical fixtures. Iron sulfide also rapidly clogs well intake screens or slots, pumps and pipes.

Where can I get more information?

For more information on your private water well, contact your local well contractor. Hydrogeologists in your jurisdiction are also likely familiar with sulfide occurrence in aquifers, and health professionals with health responses. Also, visit the Web site of the National Ground Water Association, www.ngwa.org, and its site just for well owners, www.wellowner.org.