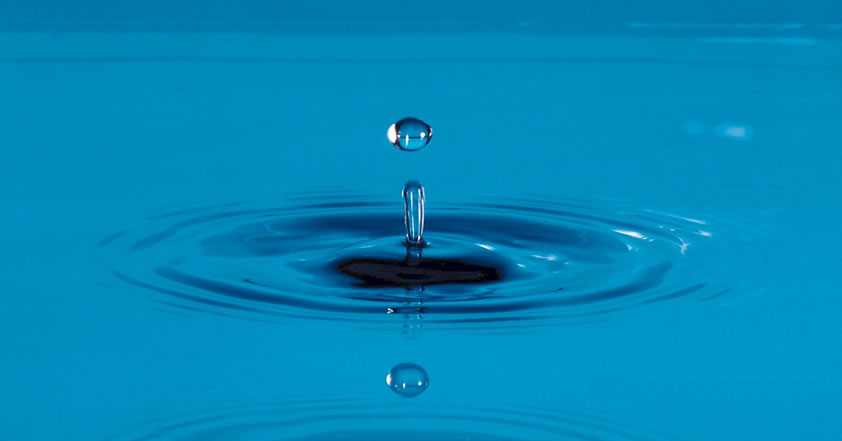 Forty-seven percent of the United States depend on groundwater for their basic drinking water supply. Having a basic understanding about groundwater quality will help ensure that your well is supplying potable water for your household.

Along with human activities, water quality is affected by a combination of natural processes. Most relate to chemical compositions underground. However, other factors such as biological, physical, and radiological conditions can affect water quality as well.

The National Ground Water Association recommends that water well owners have their wells checked and tested by a certified and/or licensed contractor every year to ensure water safety.

The most common problem associated with ground water may be hardness, generally associated with an abundance of calcium and/or magnesium dissolved in the water. Hard water has not been shown to cause health problems, but can be a nuisance as it may cause soap curds and deposits to form on pipes and other plumbing fixtures. Over time this can reduce the diameter of the pipes.

Calcium and magnesium are found in ground water that has come in contact with certain rocks and minerals, especially limestone and gypsum. When these materials are dissolved, they release calcium and magnesium. Hard water is considered bad for your plumbing, but people with heart or circulatory problems may want to consult their physician about drinking softened water, because the softening process removes calcium and magnesium, and adds sodium to the water.

A “rusty” or metallic taste in water is a result of iron, and sometimes manganese, in ground water. They not only create a bad taste, but they also can stain pipes and clothing.

Iron and manganese are naturally occurring, and most ground water has some amount of dissolved iron and manganese in it. It comes from contact with minerals that contain iron, such as pyrite.

There are several treatment methods. Installing a water softener may help if iron and manganese are present in low quantities and the softener is designed for their removal. Aeration (the addition of oxygen to the water), chlorination, and feeding ozone or hydrogen peroxide can aid in the precipitation of iron, which is removed from the water by filtration. Potassium permanganate feed with manganese greensand filters, and some recently designed synthetic media, will remove iron and manganese, as well.

Nitrogen compounds also can work their way into ground water through fertilizers, manure, and urine from farm animals, sewage, and landfills.

The most common forms in groundwater are ammonia, nitrate, and nitrite. Nitrates can be especially toxic to children under six months of age. Exposure to ammonia also presents a health risk. It is toxic to aquatic life such as fish, and it interferes with water treatment.

There are a variety of treatment methods to correct this problem, including reverse osmosis systems with water softeners to remove nitrates and nitrites, and oxidation to remove small amounts of ammonia. However, treatment should be a last resort. Removing the source of contamination is the first priority. You should also be sure to protect the area around the wellhead from contamination by animals or fertilizers.

Silica comes from the weathering of silicate minerals in the ground. It causes no harmful effects to humans, but large amounts can cause scaling in pipes that impacts water flow, and it can interfere with iron and manganese removal.

Sulfur can occur in ground water in two forms: sulfides and sulfates. Sulfides are naturally occurring in much of the United States in limestone containing organic materials; ground water affected by oil, gas, and coal deposits; in marshes and manure pits; and in the byproduct of well-established iron biofilms. Sulfates often come from the dissolving of minerals, such as gypsum and anhydrite.

A “rotten egg” smell coming from your water indicates the presence of hydrogen sulfide gas. Along with creating an unpleasant odor and taste, sulfides cause corrosion to plumbing and darken water.

There are several methods for treating sulfur. Aeration, ozone, hydrogen peroxide, and chlorine (best followed by filtration) are effective against dissolved hydrogen sulfide or gas. A reverse osmosis system, nanofiltration system, or a negative ion-exchanger also can be effective in reducing sulfates. Filtration is necessary in combating sulfur formation as a mineral or in biofilms.

TDS, as it is commonly known, is the concentration of all dissolved minerals in water. It is the direct measurement of the interaction between minerals and ground water.

Water softeners with a reverse osmosis system are effective in lowering the TDS to satisfactory levels.