Some Common Mistakes Well Owners Make Regarding Their Wells and Equipment

As a private water well contractor and well inspector for many years, I had the opportunity to observe and document a number of mistakes private well owners made to their wells and water systems. Some modifications were almost comical, while others I considered outright dangerous for the homeowner and others.

I have prepared here a short list of the most common mistakes I observed. Perhaps this list of mistakes will save other well owners from duplicating or doing something similar. 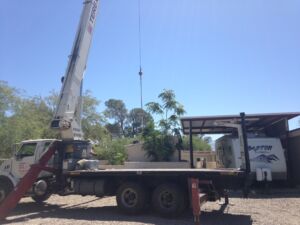 Water well being pulled through the roof using a crane

One homeowner built and placed an elaborate steel sculpture right on top of his well. His metal sculpture over the well meant it took extra time to unbolt it and hoist it out of the way before beginning work on it. It took more chargeable time to put it back when the work was done. 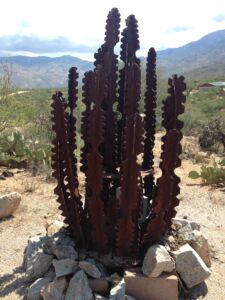 A metal sculpture over a water well 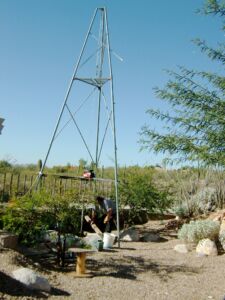 Special scaffolding used to pull pump from a well

Another customer isolated his well by building a swimming pool between the street and the well. This required putting up scaffolding tall enough to pull the pump with an electrical chain hoist when it needed to be serviced. All the scaffolding had to be hand-carried in and out, along with the new pump and motor. In addition, it was somewhat dangerous to do it this way.

2. Doing their own electrical wiring of their well and/or booster pumps without knowledge of local, state, and national electrical codes. In most areas there are electrical wiring codes that apply to private water wells. They are not there just for the sake of collecting an inspection fee, but for obvious safety reasons. Electricity can be dangerous if not properly installed. I have seen some very sloppy and very dangerous homeowner wiring jobs. 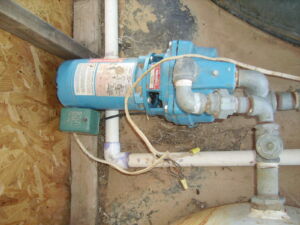 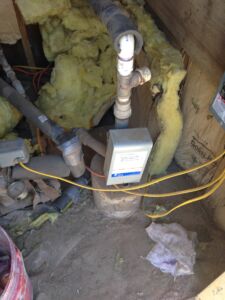 A very common mistake was not putting electrical wires in conduit when needed. Another common and dangerous practice I found was having unrestrained wires coming from well seals, starter-control boxes, pressure switches, and even out of cement floors. Without proper restraints or being placed in conduits, electrical wires can be jerked out of place and cause a short. It was also very common to see privately wired well installations where there was no safety disconnect within sight of 10 feet of the well or booster pump. 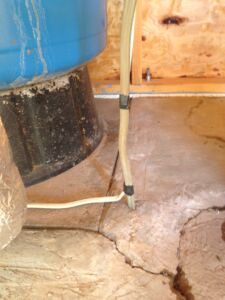 Electrical wiring coming out of the concrete floor 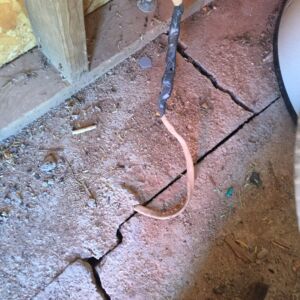 3. Not maintaining water quality security of the well or water storage tanks. This is a mistake made by many private well owners. I have found openings in the top of well seals and pitless well covers that were not properly secured to the well casing. Openings in the covers of water storage tanks allow bacteria, insects, birds, and even rodents and reptiles to get into their drinking water.

Not taking water quality security seriously was the most common mistake I found. How so? By not maintaining tight security of their water systems and by allowing components of their system to deteriorate in place. Often the well owners were not even aware of the breaches in their water security until I pointed it out. 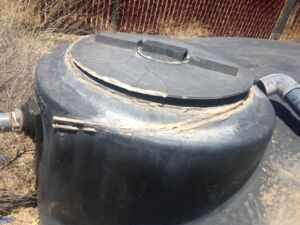 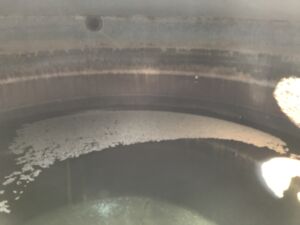 Stuff floating inside a tank

4. Doing their own plumbing of water from their well and tanks. Private well owners typically did not follow local plumbing codes. They also built delivery systems without consideration for future servicing needs. Most of the time, their work was done with PVC pipes that were glued together without unions or other means to take the system apart for servicing. While they may have got the water or electricity to flow in the proper direction, they oftentimes made it more inconvenient to service, or unknowingly, downright dangerous for themselves or others. 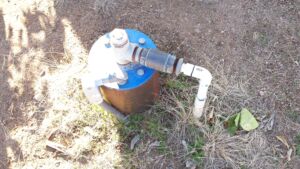 Plumbing without a union 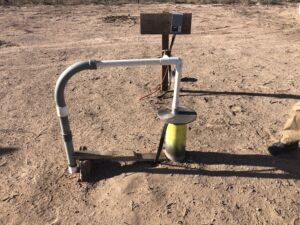 Mixing PVC and electrical conduit set on a notched plate2

The few dollars homeowners might have saved doing their own electrical or plumbing work often cost them more when the serious work had to be done by a professional.

Summing up the common mistakes listed here, it is probably best that private well owners contact and use properly licensed and qualified water well contractors for building and servicing their wells. If they are not comfortable inspecting their system for these types of mistakes, they should request an inspection by a licensed contractor. 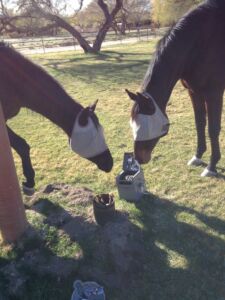 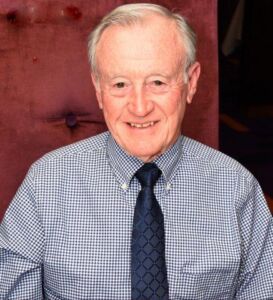 Gary Hix is a Registered Professional Geologist in Arizona, specializing in hydrogeology. He was the 2019 William A. McEllhiney Distinguished Lecturer for The Groundwater Foundation. He is a former licensed water well drilling contractor and remains actively involved in the National Ground Water Association and Arizona Water Well Association.